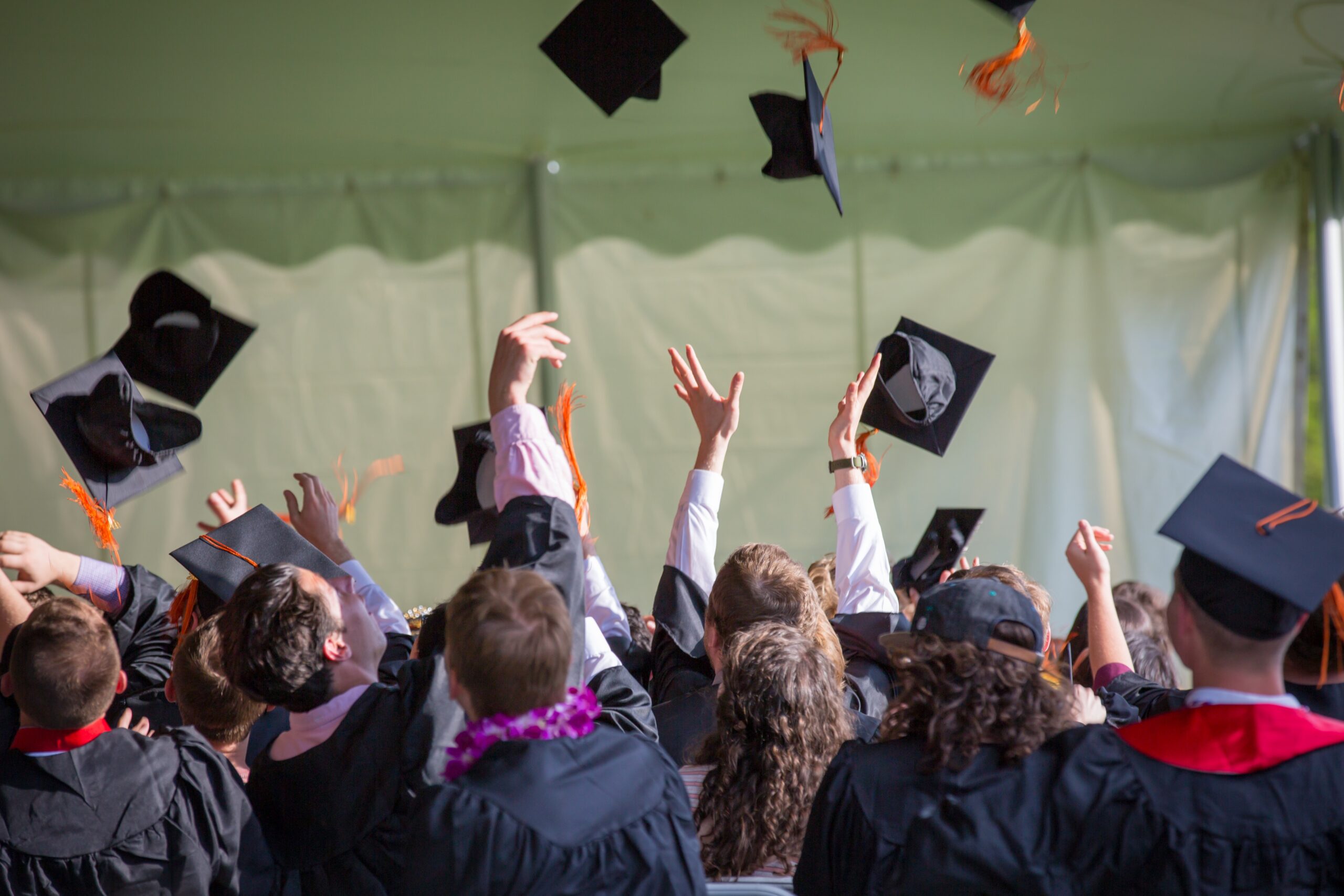 Should We Be Worried About the Class of 2021?

Should we be worried about pandemic graduates? If we are to go on the history, those who graduate during recessions tend to have a much harder go of it than 'luckier' cohorts, and the disruptions we have seen this time around could make things worse.... 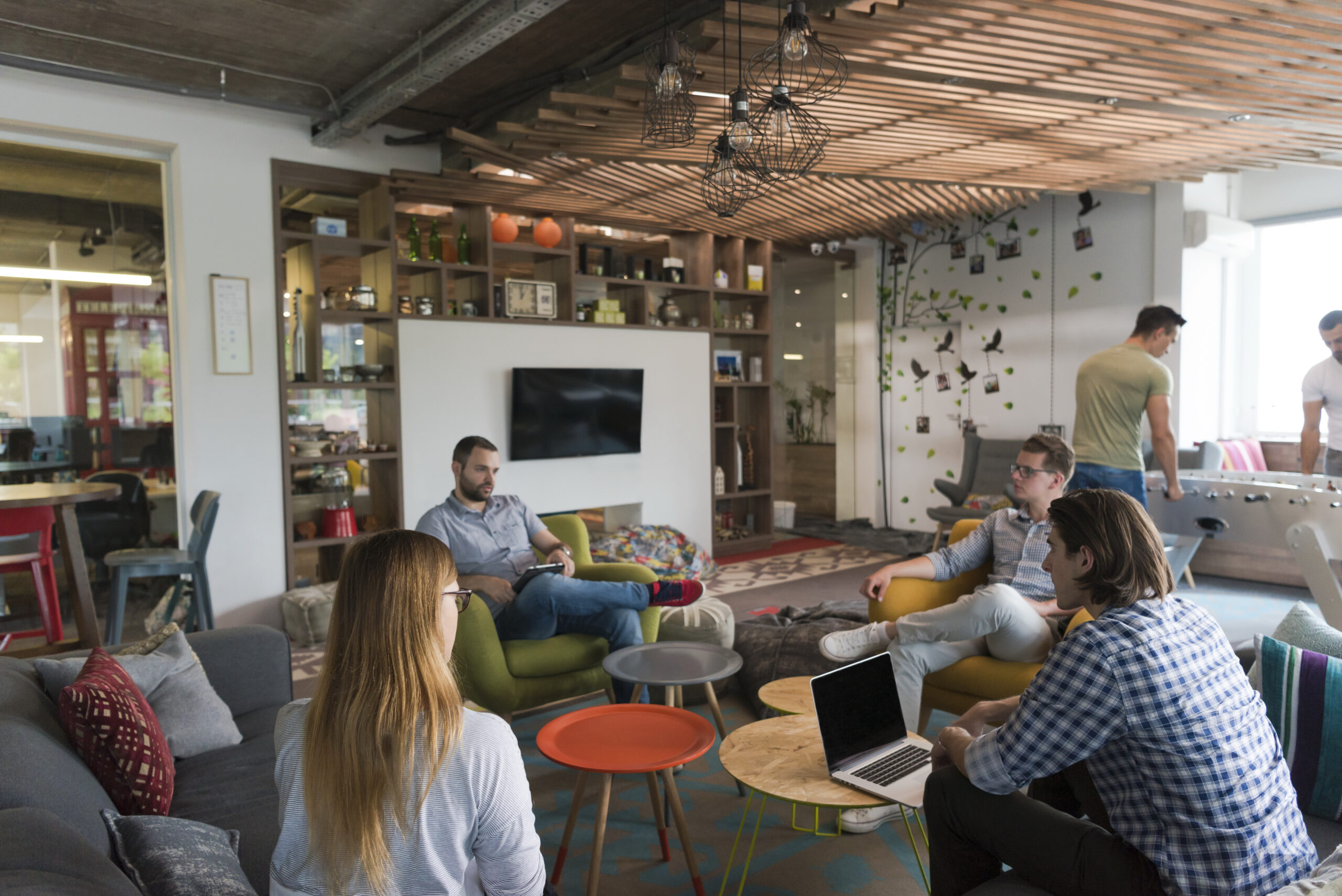 Episode 25: How Can We Connect the Different Generations at Work?

Spurred by social media, intergenerational warfare seems to be on the upswing, including in the workplace. And, given the conflict and the idea that generations are working against each other we can lose sight of the fact that we could potentially gain from each other... 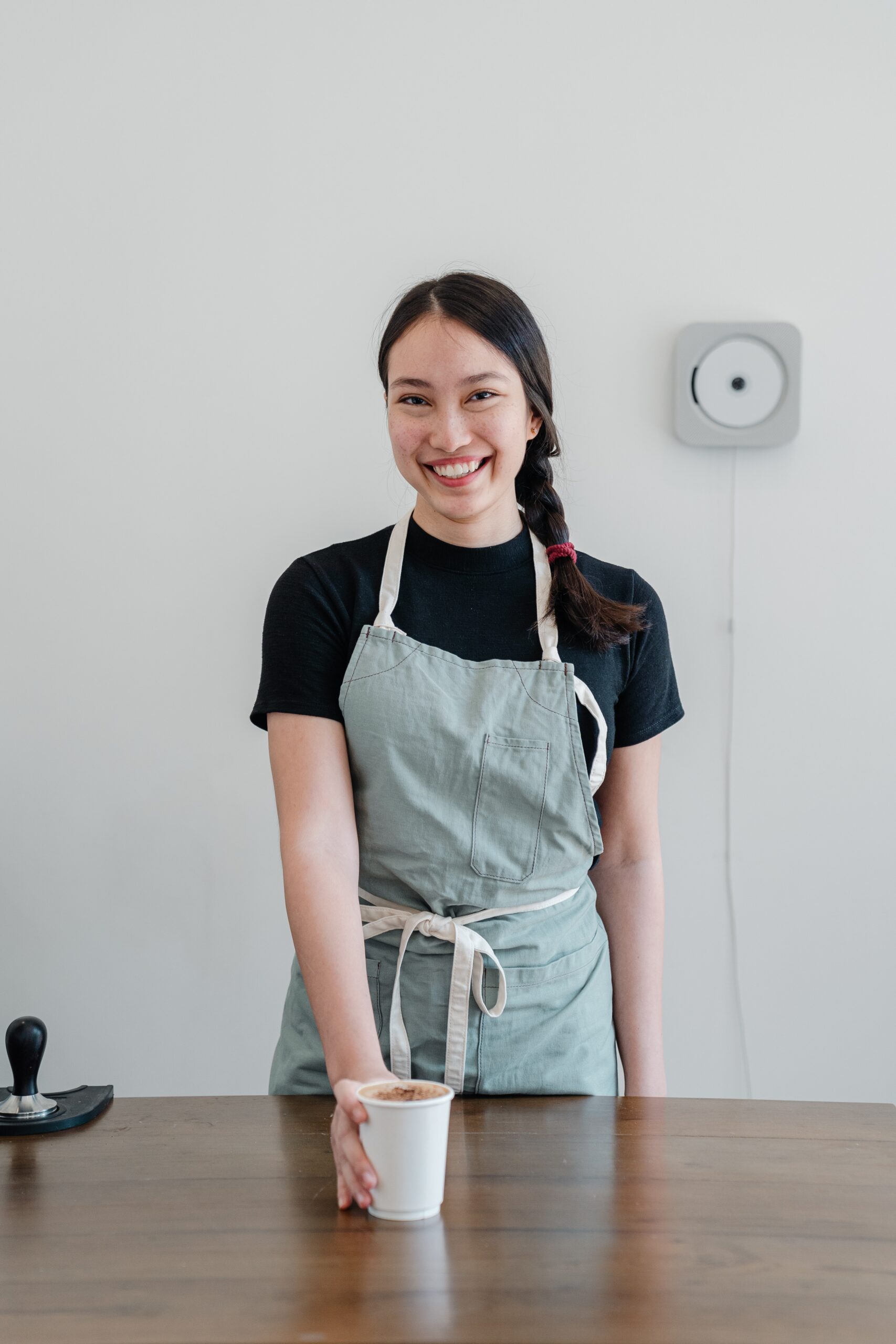 Episode 15 – How Will the Pandemic Affect Gen Z in the Workplace? 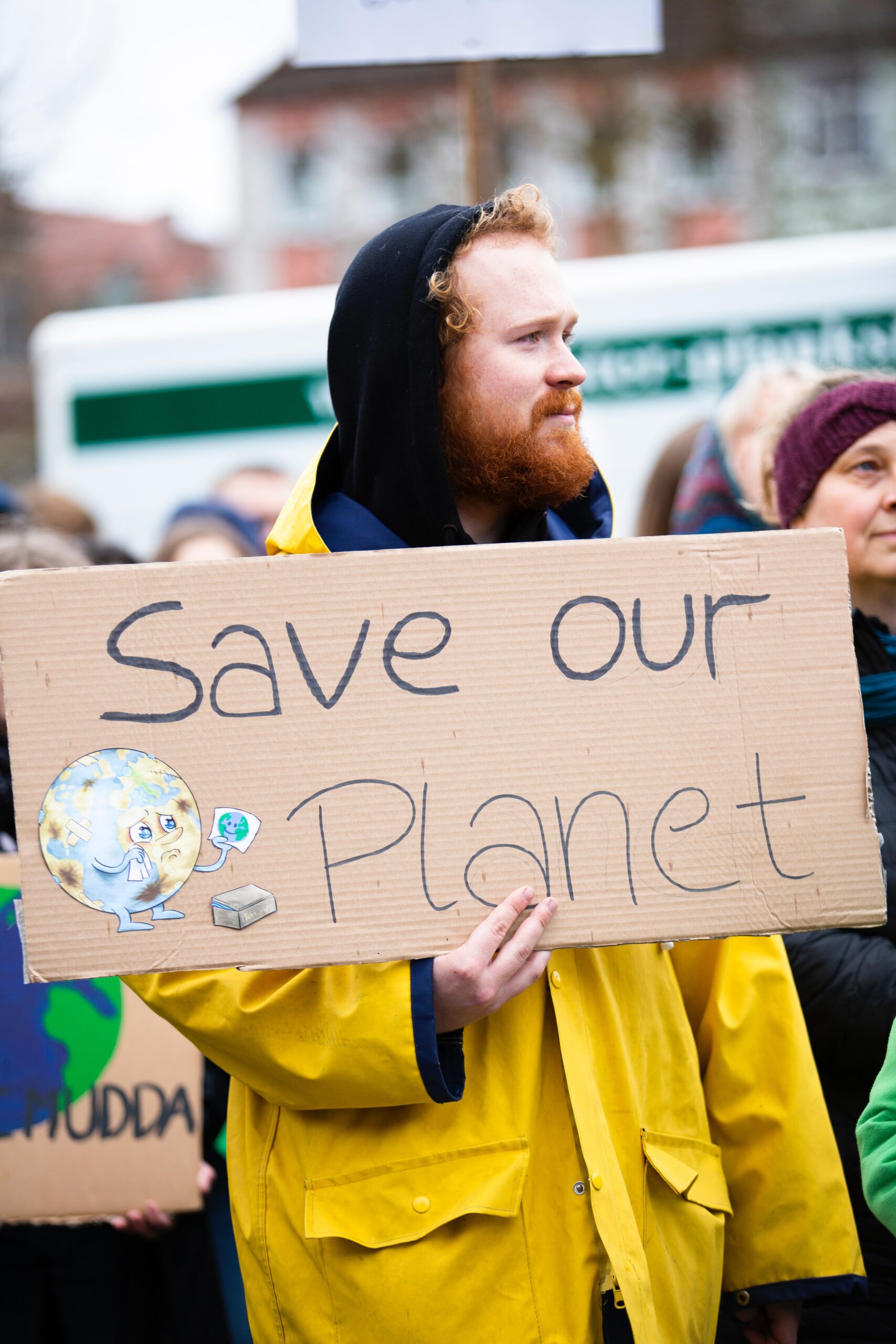 Episode 12: What Does Climate Change Mean for the Future of Work?

Climate change it was an issue before the pandemic, and it will be an issue when the pandemic is over.More than that, the issue of climate change will be a long term issue that impacts the future of work.  Between the ways that we operate... 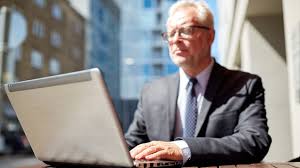 So Maybe the Baby Boomers Will Never Retire (Ok with You Millennials? No?)

It is almost like an urban myth: we were supposed to get a wave of baby boomer retirements that were going to make it a seller's market for younger workers. And it is happening - except that it is apparently more like a splash than... 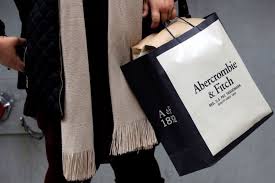 Will cutting-edge layaway plans be the salvation of the retail sector and the broader economy, or are they a disaster waiting to happen? The newest experiments in making it consumer payments easy is creative, but may not bring the long-term results that retailers hope to... 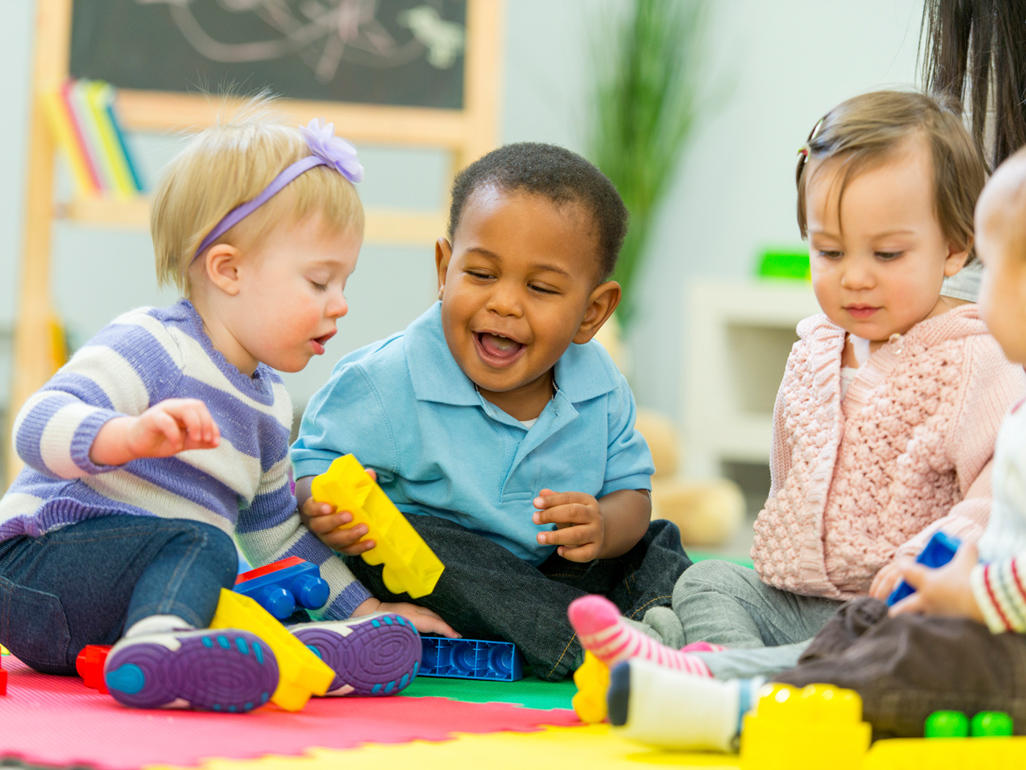 The Baby Boom That Never Happened

It always happens the same way: the economy slow and births go down, and then it gets better and there is a mini baby boom. Except - not this time. It is ten years after the end of the recession and births in the U.S..and... 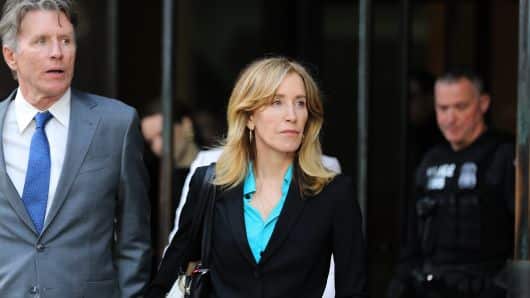 A Good Time to Think About ‘Education’

Ugh, the college admissions scandal. Rich parents buying their kids into top colleges, coaches taking payoffs, entitled kids pretending to be athletes or scholars or whatever, and sometimes not even really wanting to go to school. It is all pretty distasteful - but is there... 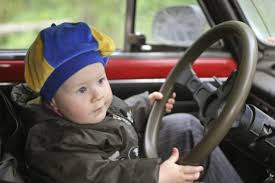 Who Needs a Recession When You Have Demographics?

After this Globe and Mail column came out, I had a friend call and ask whether he should re-jig his portfolio to get rid of his auto stocks. The piece is about demographics, and specifically about the implications of the fact that people spend differently... 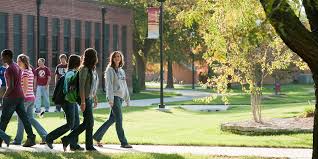 A New Model of Educational Funding

I was intrigued when I heard about 'Income Sharing Agreements' which are basically a way share the 'risk'  of paying for an education between the student and another party.See my column for the Globe and Mail here ...

This is my latest article for the Globe and Mail..this time on 'Perennials' as older workers are sometimes called. Those over 55 now comprise about 23 per cent of the U.S. workforce and 21 per cent of the Canadian one, which should not surprise anyone....

Can Hockey Tell Us Anything About the Labor Market?

Here’s a piece I wrote for the Globe and Mail on the way that demographics are affecting the supply of young hockey players. Millennials have provided lots of young players which have sped up the game, but that may change, You can read the whole...

Why Walmart Wants to be Hipster-Cool

Walmart buying Modcloth? ‘Say it’s not so’ went the lament from Millennials and other assorted cool people earlier this year. After all, Modcloth is a cutting-edge, online retailer that offers funky clothes for those who consider themselves the opposite of everything the world’s biggest retailer...

Demographics drives a lot of things including Mergers and Acquisitions (M & A) activity. That is a lesson we are now learning from Japan, where there are apparently too few heirs to take over large companies as their boomer-aged Chief Executives head for retirement. This piece...

Here’s a New One: The ‘Divorce Mortgage’

Here’s a new one to me: the ‘divorce mortgage’. No its not some crazy, invented term to describe a financing vehicle (my mind went back to ‘plain vanilla swaps’ from the days when derivatives were the buzz), but rather exactly what it sounds like: a...

The Megatrends are Shifting (so Watch Your Portfolio)

You might not have noticed it, what with one economic crisis and stock market meltdown after another grabbing your attention, but the last few decades have actually been great ones for investors. Thanks to a perfect storm of factors, investment returns for the period from...

Twenty and thirtysomethings would apparently rather buy experiences than things, and that has some very definite implications for retailers – or as least that is one theory. As this article from Bloomberg Business suggests, the stock market tells the tale of what is happening very...

When people rhyme off the things they want to do in retirement, ‘pay off debts’ is never on the list. Nevertheless, it is something that baby boomers will have to do anyway, if data from the New York Federal Reserve (NY Fed) is to be...

Abercrombie Needs Customers, Cool or Not

Former Abercrombie CEO Mike Jeffries (yes, I said ‘former’, he stepped down today) said some pretty dumb and offensive things about who he wanted his clientele to be. If the company’s numbers were good nobody might have cared, but in this retail environment he rightly...

The Age of Freelancers

Freelancing, the best thing ever to happen to the workplace or an evil idea designed to make workers poor and companies inefficient? We are not even close to a consensus on that, but apparently we are getting closer. According to one new study, 41 percent...

‘D’ is for Downgrade

Here’s a a dry news headline that buried in the back pages of business sections yesterday but deserves a closer look: according to debt-ratings service Moody’s, the 25 largest U.S. public pensions face about $2 trillion in unfunded liabilities. Translation: unless something changes, retiring U.S....

‘Financial Repression’ – or the Generational Divide Over Low Interest Rates

'Financial Repression' or the generational divide over low interest rates. ...

Should You Invest in Cities?

Boomers have moved into the cities - but that might not drive city growth forever. ...

Boomers, Retirement Savings and Divorce: Not a Good Combination

Here's a quick quiz - which would you rather do: 1) Live in poverty or 2) Live with your spouse?  A lot of baby boomers seem to be choosing (1), although they may not actually know it.  Trouble is, boomers are ending their marriages in droves, and splitting up what are really very inadequate retirement assets.  So just when it seemed that the baby boomers could not make the dream of retirement even more elusive, they have apparently found a way to do so.
26 June, 2012 / 0 Comments

Demographics and Your Investments — Part I

This is the first in a series of blogs about the way that demographics are going to affect your investments. Yes, I know there has been a lot written on the topic, and most of us know the basic theory. The boomers poured a lot of money into the markets over the past couple of decades, and they made the markets go up. Now they are getting old (sorry if that term offends anyone, but the first wave of boomers is cashing in their pension checks as we speak) and they are going to be pulling the money out of their retirement accounts. This will make the markets go down. Really? Is it as simple as that?
27 January, 2011 / 0 Comments

A Jobs Boom – But Not for Everyone

Oh the labor shortage thing: it get dredged up every so ofte

n, and not without cause. We all know the theory behind it, more or less. The boomers are aging, and they are going ot exit the labor force. The generation coming up behind them was not nearly as plentiful in numbers, so they won't really be replaced. So, as long as the economy keeps growing and nothing major (immigration, labor force paritcipation rates etc.) changes, then there will be lots of unfilled jobs out there.
24 March, 2010 / 0 Comments

Here's an interesting study (by non-profit consultants Convio)  on how the different U.S. generations are doling out money to charity.  Turns out that everybody is still pretty generous in their giving (recession or no recession), but that not all charities are doing a good job in reaching the people that might write the checks. Actually, not all people give by writing checks when they give, which is part of the problem.
16 March, 2010 / 25 Comments

Baby boomers are going to retire and take down the pension system. Generation X is lazy. Generation Y is spoiled and undisciplined, and they've pretty much blown out their eardrums by having them stuffed with ipods all the time anyway.
15 March, 2010 / 1 Comment